Today, the ground will be broken for HYBRIT’s world-first pilot plant for creating fossil-free steel, with Swedish Prime Minister Stefan Löfven as keynote speaker. SSAB, LKAB, and Vattenfall have, together with the Swedish Energy Agency, decided to invest SEK 1,4 billion in the pilot plant. This means that the HYBRIT initiative now enters its second phase. The goal is a fossil-free, ore-based steel production, on an industrial scale.

Prime Minister Stefan Löfven will today symbolically break the ground for the HYBRIT Pilot Plant in Luleå. The plant is expected to be ready by 2020. The initiative was given the green light this winter to proceed from feasibility study to pilot plant. The construction start means that the HYBRIT initiative is now entering its second phase, with possibilities of full-scale testing and development of the technique to produce steel by using hydrogen instead of coal and coke. This could lead to a historical shift in production technique, leading to water as a by-product instead of carbon dioxide emissions.

- By testing in pilot scale, we can leave the small-scale laboratory environment an instead mimic the coming industrial process, and prepare for efficient production. We are very happy to be able to enter the next phase and get one step closer to our target of fossil-free steel production, with all its environmental benefits, says Mårten Görnerup, CEO at HYBRIT.

HYBRIT is a joint venture company, owned by three companies, SSAB, LKAB and Vattenfall, that aims to be first in the world to develop an industrial process for fossil-free, ore-based steel production. The project was initiated in spring 2016 and the goal is to have an industrial process in place by 2035.

-          Fossil-free steel production starts in the mine, we are working intensely with how the future pelletizing plant should be constructed to find an energy efficient production process. The challenge for LKAB in HYBRIT, and our contribution, is to develop carbon dioxide free direct reduction pellets. This is where the pilot plant will play a crucial part, before we can take it to an industrial scale, says Jan Moström, President and CEO at LKAB.

-          By starting to build the pilot plant, where we’ll develop and scale up the technology for fossil-free steel production, we’re taking an important step forwards towards SSAB’s goal of being fossil-free by 2045. We’re proud of being part of an important and challenging technological shift that can result in our solving part of the climate issue, says Martin Lindqvist, President and CEO at SSAB.

-          Vattenfall wants to make it possible to live fossil-free within a generation. Helping steel production to change is one of the most important contributions we can give. By using our fossil-free energy to large-scale production of hydrogen, we can enable technical shifts that will have a great impact on climate emissions, says Magnus Hall, President and CEO at Vattenfall. 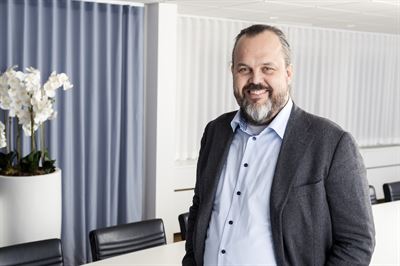 The joint initiative of SSAB, LKAB and Vattenfall – Hybrit - is now on exhibit as an exciting sustainability collaboration at one of the world's largest industrial trade fairs in Hannover. The CEOs of the three companies are in Germany to show the rest of Europe that it is possible to produce fossil free steel.